It’s the time I’ve been waiting for!……

Nya~ I’m back! and this time its only me and these two kawaii twin cats! But… will we see a special guest star? 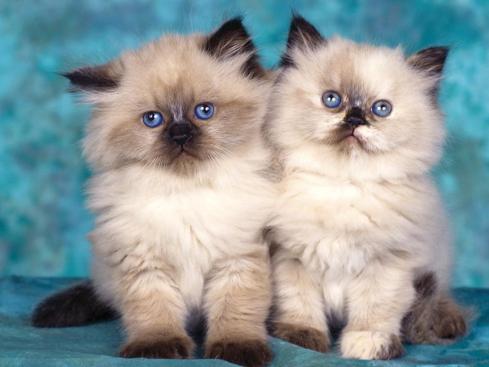 So either way, lets talk about interviewing people! Okay? OKAY!!!!

Let’s talk about KR!!! ( ps this info is from wikipedia)

Kirari is a cute and gluttonous 14 year old girl who strives to be an idol. In the beginning she only wanted to be an idol so she can get closer to Seiji, but now she really likes show business. Like a lot of shōjo heroines, she is clumsy, dense, overly trusting of others, and lacks common sense. She is also inexperienced at sewing, cooking and some other household chores. Despite her shortcomings and lack of talents, she manages to persevere because of the help she receives from SHIPS and her cat, Naa-san, and because of her unwavering spirit and resilience. Kirari appears to have the ability to understand, not simply the common pets such as her own pet Nā-san which appear throughout the series, but actual animals too (in character with the show, nobody notices or makes a fuss about this point).[5] Also, she has a unique characteristic of turning all artistic designs into mushroom shapes.[6] Over the course of the show she not only becomes an idol, but also performs a series of odd jobs to promote her company (or in some cases to accidents) such as being a part of a variety show,[7] a manager for other talents (her first job),[8] an actress,[9] a policewoman,[10] a circus clown,[11] a manga artist,[12] and even the pink ranger.[13] She is also a member of the idol unit Kira☆Pika which consists of her and another girl which is talented but has stage fright. Later she start another group known as Milky Way with 2 other girls. As the series progresses, Kirari starts to realize that she actually likes Hiroto but continues also having feelings for Seiji too.In Kirarin Revolution Stage 3, episode 129,a new male idol appears and starts to like Kirari.
Name Origin: Tsukishima means “Moon Island” and “Kirari” is an onomatopoeia for shining.

Naa-san
Voiced by: Chigusa Ikeda , Drama CD voice by: Kumiko Higa
Kirari’s cat. He is an outstanding cat that can sew, cook, and do other chores. Na-san has received recognition for his intelligence and singing abilities. He even knows how to repair vending machines. As a mascot character to the heroine, he provides a lot of help to Kirari and protects her from danger (such as when Hiroto gets too close to Kirari, Na-san hits/covers Hiroto’s face). At the same time, it is also shown that he is a genius cat which excels in both english and mathematics. His favorite food is taiyaki.
Name Origin: He says “na.”

Hiroto Kazama
Voiced by: Akio Suyama (episodes 1-102), Takuya Ide (episodes 103-) Drama CD voice by: Masaki Mimoto
Age: 14
Favorite food: Grilled Meat and Cooked Pork
A member of SHIPS. In contrast to Seiji, he is brutally honest with Kirari and even calls her stupid, but he is usually the one who ends up helping her in sticky situations. He later falls in love with Kirari as you can see him blush in front of Kirari (who doesn’t notice). On episode 24, to disguise both of them, he hugs her at the beach (which causes Kirari to blush and start to think…). He is the oldest of 5 brothers and is excellent at doing chores. Hiroto is jealous of the new coming male idol.
Name Origin: “kaza” refers to wind, “hiro” refers to the universe

Seiji Hiwatari
Voiced by: Souichiro Hoshi (episodes 1-102), Shikou Kanai (episodes 103-) Drama CD voice by: Wataru Hatano
Age: 14
Favorite food: candy Seaweed and Japanese food
A member of SHIPS, as well as Kirari’s love interest. He is very rich. His parents disagree with him being an idol. Throughout the beginning of the series, he seems oblivious to Kirari’s feelings, but by episode 12 he begins to portray feelings of jealousy over Hiroto’s and Kirari’s friendly relationship. He knows that Kirari and Hiroto love each other and that his feelings towards Kirari are not as deep as Hiroto’s feelings towards her. He is gentle and says very encouraging words to Kirari. Since he is as dense as her, he always has a calm and clueless expression. When he is wandering around in the city, he disguises himself as an otaku. In episode 125, he hugged Kirari. This may be showing that he may have feelings for Kirari too.
Name Origin: “hi” refers to day, “sei” refers to star

Kirari Tsukishima, a gluttonous 14-year-old beauty, is a girl who does not care about idols and the entertainment world because her mind is occupied by food. Her obsession with food only causes her to be clueless about love. One day, after saving a turtle that is stranded in a tree, Kirari meets a handsome and gentle boy named Seiji, who gives her a ticket to a SHIPS (a popular idol group) concert to show his gratitude for her saving his pet. Kirari then storms off to the concert and runs into another boy, who tears up her ticket and warns her to stay away from Seiji because she and Seiji live in different worlds. The outraged Kirari then sneaks into the concert, only to discover that Seiji and the boy who tore her ticket, named Hiroto, are actually members of SHIPS. Finally understanding the meaning of “different worlds” (Seiji is a popular idol while she is an average middle school student), Kirari refuses to give up. Filled with determination to be with Seiji, she declares that she will also become an idol. 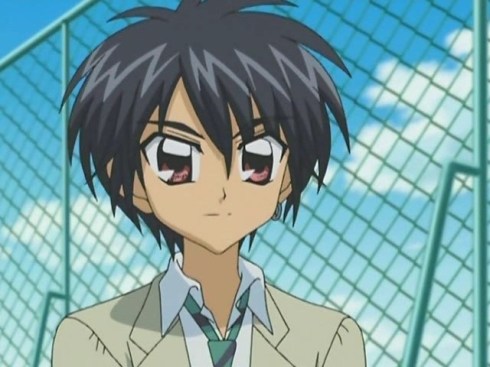 Hi there! I'm Dawn and this is my blog that's full of.. erm, stuff! I hope that we can be friends and that you enjoy this blog :3 END_OF_DOCUMENT_TOKEN_TO_BE_REPLACED
This entry was posted on Tuesday, April 7th, 2009 at 5:36 pm and posted in Uncategorized. You can follow any responses to this entry through the RSS 2.0 feed.
« Its Done *cries*
Has Apollo Learned His Lesson Yet? »